5 Most Common Car Parts that Damage in Accidents 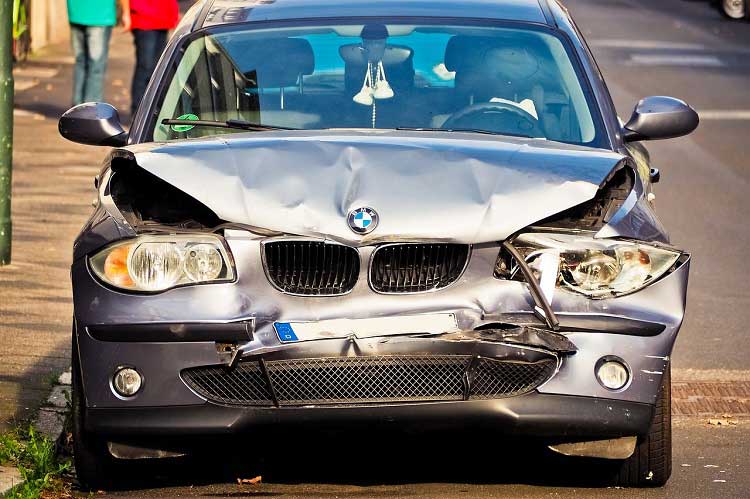 As careful as we are as drivers, from time to time, our vehicles can be involved in an accident, caused by others or ourselves. The type of damage will vary from dings and scratches to the more severe dents and crushed metal. No matter who or what causes the damage, there are five common areas and car parts that tend to suffer the most. Fortunately, a professional auto body shop can take care of the vehicle damage but it is worth noting the most commonly affected areas.

Many traffic accidents will cause you to put the brakes on and hit the car in front. As you are moving forward, it is going to be the front of your vehicle that will sustain more impacts. Equally, accidental damage can be caused by scraping the front of the car (trying to drive around a tricky car park, difficult corners or moving out of your own drive).

From other drivers pulling out onto the highway without looking, to parked cars that get scratched by pedestrians trying to squeeze past or drivers opening their door and hitting yours, side impacts are the main cause of damage. Dents and dings can be dealt with by an experienced auto repair body shop. They are able to remove dents without breaching the integrity of the metal fabric of the vehicle, so it looks as good as new. Even deep scratches, from vandals who deliberately “key” down the side of the car as they walk past, can be treated so that it is difficult to see the damage that had been caused.

Professional auto repair workshops are also able to match in the paintwork after carrying out repairs and undertake resprays, so it becomes hard to see where the original problem was on the car. They hold information or will find out, about the original factory paint colour and pantone number so they can either respray the car in its original colour or are able to match it very closely.

If the impact is severe, it can cause the hood over the engine to lift and crumple up. However, there are other factors which can cause damage to the bonnet of the car like falling objects and extreme weather conditions such as hail. It is very important not to write these off as cosmetic damage to the vehicle. Any dent or scratch that is left untreated will allow water and other solutions (such as oil or debris thrown up by passing traffic) to penetrate the weakened area of the metal. Once water or pollutants get into these minute cracks and crevices, they can cause the metal to rust. Get these seen to as soon as possible by the bodywork professionals, not just so the car looks good, but it will help preserve the vehicle itself.

A good auto body workshop will also specialise in paintless dent removal. This is where the metal has bent due to the flexible nature of the metal skin on the car, and using pads or suction points, the dent is pulled back so that it “pops” back into place. As this technique does not cause the metal to fracture (allowing cracks and crevasses to appear) but preserves the integrity of the material, this is a much better technique than using traditional panel beating methods.

The fenders should not be confused with the front and rear bumper, although all of them are there to protect areas of the car. Bumpers protect it from impact, but the fenders role is to catch any spray churned up on the road surface (including water, oil, dirt, grit and debris). The fender is the frame of the wheel well and also stops your tyres from throwing out road spray at other vehicles and people walking past. Side collisions are more likely to damage this part of the car along with the front and rear doors.

One other area of the car that suffers a lot of damage due to frontal impacts, is the grille. The grilles main purpose is to allow air to be drawn into the engine, so they are reasonably tough pieces of kit but are more likely to be hit and damaged in a collision. Not only do they need to be replaced as soon as possible, because you need to keep the air flowing into the engine, but damaged grilles do impact on the overall visual appeal of the vehicle. Get them replaced as soon as possible. There may be some other small dings and cracks you have not noticed on the bodywork of the car as well.

If you have any concerns about the best methods for keeping your car looking as good as new, contact the professionals at Brighton Panel Works, a trusted body repairer for over 50 years servicing Melbourne’s inner city and the bayside precincts.