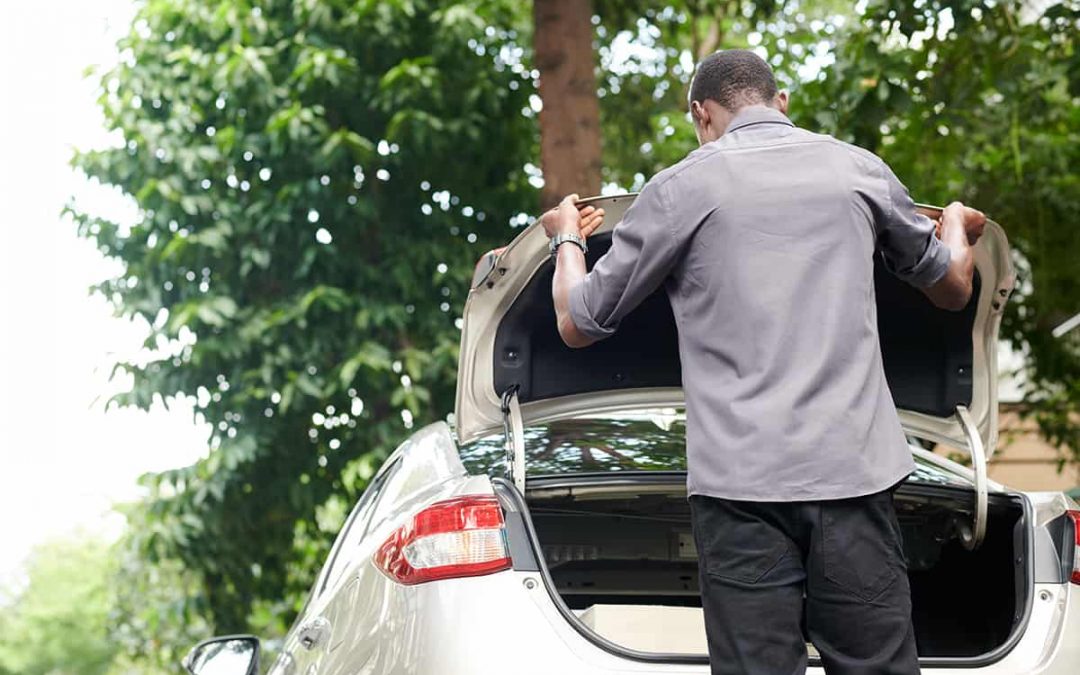 From the boiling water trick to the toilet plunger technique and the high-powered hairdryer hack, there are a whole host of zany ways you can repair car dents at home.

Or so they say.

While it may be tempting to attempt a dent removal yourself, few of the top DIY “hacks” achieve satisfactory results. In many situations, they could end up causing even more damage (or they’re just plain unsafe).

In this post, we’ll cover the four most common DIY dent removal techniques and explain why they’re not worth it.

This dent removal trick involves using heat to soften a plastic bumper and then bending it back in shape. You’ll need to access both sides of the bumper by dismantling the affected part.

Once done, pour boiling water over the surface until it softens and then bend the dent back into shape. Next, immediately pour cold water on top to fix the flat surface in place.

Now you’ve got a lovely dent-free surface, you must re-attach the bumper to your car.

First, you must reapply the boiling water and push the dent numerous times to achieve something even slightly resembling a flat surface. The more often you do it, the more likely you’ll burn your fingers. Furthermore, boiling water can permanently warp an automotive bumper, significantly exacerbating your repair bill.

As you need to remove and return the affected part, there’s a good chance you could inadvertently damage internal components like wiring and headlights.

Much like the boiling water technique, you’ll start by removing the affected part so you can access both sides. Next, heat the dent with the hairdryer on a moderate setting from about 10cm away.

Now the material is soft and flexible, you can push the dent back in to smooth out the surface. Once you’re happy, it’s time to re-attach the bumper to your car.

As we know, disassembling a bumper without adequate experience could damage some internal components.

Furthermore, you need to be super careful about your hairdryer settings. Crank it up too high or hold the nozzle too close, and you’ll scorch the bumper. It’s a guessing game that entails a tremendous amount of risk.

Not only is the everyday household plunger a godsend at unclogging your toilet, but legend has it they can magically remove dents from your paintwork.

The technique starts by following the boiling water method (take the affected part off and heat it until it softens). Rather than pushing the dent back in from the other side, you use the suction power of the plunger to pop it back into place.

This technique won’t work on plastic bumpers, so you can only attempt it on more valuable parts. As there’s considerable pressure involved, the plunger could crack your expensive part or damage the paint job. The same applies when using boiling water.

Not only is it risky, but it’s also tricky to get right. The plunger will need to form a complete seal over the dent, which means it must be slightly larger (but not too big). What’s more, curved surfaces and edges like windows make it impossible to secure a seal.

This method is commonly used by eager DIYers to fix small stone and hail damage.

Without removing the affected part, you can use heated glue to stick a big pin in the middle of the dent. Once the glue has firmly set in place, yank the pin out using a dent puller to (theoretically) achieve a nice flat surface.

Next, you can use a hot air gun or rubbing alcohol and a plastic scraper to remove the pin and glue.

This method works well, but it takes a considerable amount of skill and experience to pull off.

Hot glue can easily ruin your paintwork while pulling too hard on the pin often creates an inverse dent. You can attempt to hammer these “high spots” back into place, but that often creates even more damage.

Only skilled dent removal specialists should give this one a go.

Boasting almost 60 years of experience in the business, Brighton Panel Works is your one-stop shop for paint matching and paintless dent removal in Melbourne.

We also offer smash repairs in Melbourne and the surrounding region. Get in touch with the team today to get your car repaired the right way.